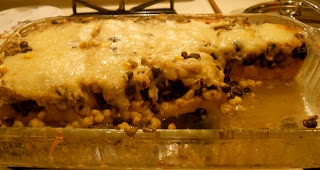 This is my go-to recipe for when vegetarians are eating with us, but we all like it so it has become a regular in our rotation of meals around here. I adapted it from a Bon Appetit recipe. It makes a lot and I have at times cut the recipe in half and made it in a 9 by 9 square pan. Tastes great for a few days reheated.

To sprinke on top: 8 ounces of chedder/jack shredded cheese (or mozzarella or chiuaua or monterey jack)

Spray 9 by 13 pyrex pan with Pam. (I usually make it in two smaller pans so we have another meal to share or for later.)
Spread in the polenta.
Sprinkle in about ¼ cup of cheese.
Scatter and lightly press in the vegetables mixed with the salsa.
Sprinkle with the rest of the cheese.

You can bake it now or put in the fridge to bake later in the day.

Bake at 450 degrees for 20 minutes. Increase heat to 475 degrees, take off foil and bake an additional 15 minutes.

Remove from oven and let sit for 10-15 minutes before cutting.

OK, odd story, as always with my cooking.
I buy lots of my spices and herbs in bulk and store them in half pint and pint mason jars. They aren't labeled which usually isn't a problem because the color and smell tells me what they are. I was on the phone while cooking and pulled out what I thought was the cumin, measured out a tablespoon and put it in the bowl. I realized it was dill seed and was able to get most of it out, but some had soaked into the ingredients. The resulting casserole with a hint of dill seed was pretty good!
Posted by Lynn Dykstra at Sunday, November 21, 2010 2 comments: 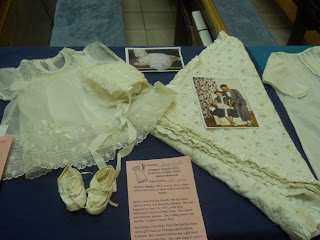 My sister Janna's church, First English Lutheran of Whitewater, Wisconsin, had a display of 50 baptismal gowns at their fall fest today.
They placed planks of styrofoam and cardboard along the tops of the pews, covered them with fabric, and displayed the gowns with accompanying ephemera. 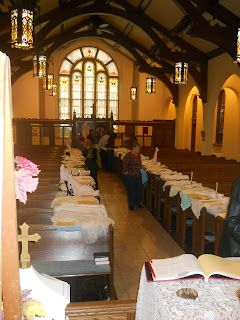 Many gowns had stories with them. There were gowns over a hundred years old and some very recent ones. One gown had a list of at least 30 babies who wore it. Another gown was made from a WWII silk parachute. There was a gown that had been used by many generations, but now was too fragile; for the most recent babies, it was placed inside the blanket in which the baby was held during the baptism.
Janna had her gown displayed, along with our brother's and her three sons'. 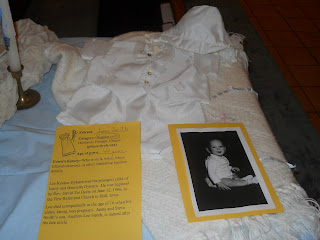 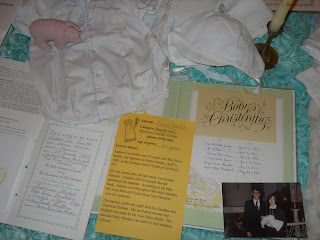 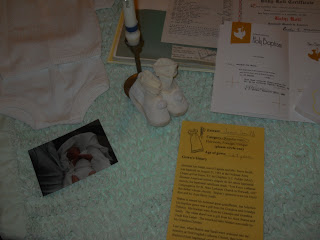 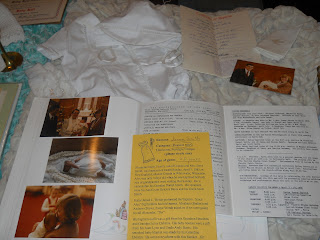 Seeing the display brought to mind a story about the gown my mother made for our children.
When I was getting married, my mother offered to make my wedding gown. I went to Fraerman Fabrics, right by the Sears Tower in downtown Chicago with my yardage all worked out. A very nice woman helped me choose a beautiful silk. We did our calculations and she gave me a price. My face must have shown my despair and she kindly said, "Let us look at the polyester. It has that silk rustle and no one will know the difference. You come back when it is time for a baptism gown and you can buy the silk for that."
This is exactly what I did. 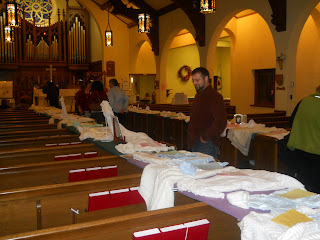 the fine art of fiber 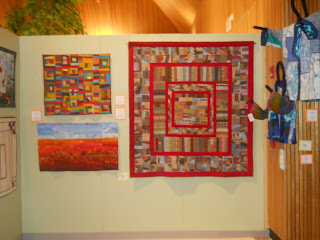 Our guild, Illinois Quilters Inc., along with the Northshore Weavers Guild and the North Suburban Needle Arts Guild have a combined show at the Chicago Botanic Gardens each fall. I showed my plaid improvised quilt. 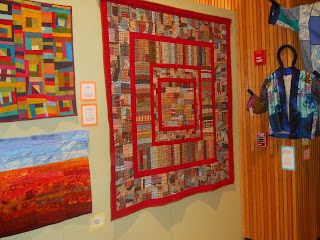