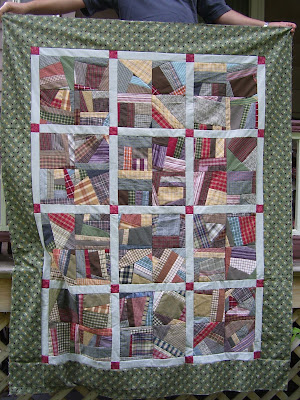 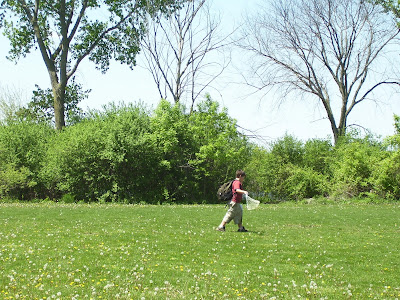 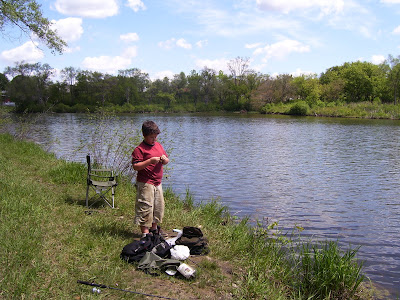 Andy and Seth went fishing this morning, giving me time to finish this crumb pieced top. The blocks are shirt parts and the sashings and borders are from stash. The blocks are four 6 1/2 inch squares put together into 12 inch finished blocks.
I anticipated their catch and bought some ringer rainbow trout. 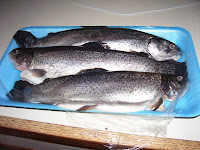 They did catch and release two 4-inch bluegills.
Posted by Lynn Dykstra at Saturday, May 17, 2008 4 comments: 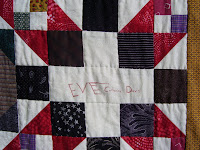 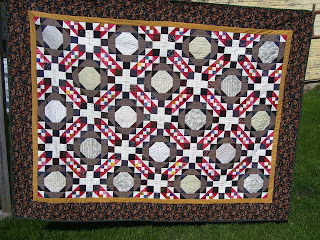 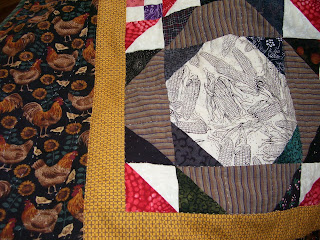 A wonderful side benefit of visiting my sisters is I get to reunite with quilts I have given them over the years. My sisters are repositories for quilts I can't quite let go.
This one has family signatures from a reunion in 1996. I was happy to see fabrics I loved again. I remember them well, and it is good to see that some fabric does get used up.
The pattern is a Judy Martin design.
Posted by Lynn Dykstra at Tuesday, May 13, 2008 1 comment:

My dear mother's annual corsage has been the bane of my sisters' and my lives. We get into trouble with delivery every year. We have guarded optimism for this year.
What doesn't help is our mother's name; Henrietta Dykstra. Why is this a problem? Because in our small home town of 1800 people, there are three Henrietta Dykstras. Yes, three women named Henrietta found three Dykstra men to marry.

This is also the town where if you show up to church on Mother's Day without a corsage, it mean not only your children do not love you, but you were a failure in motherhood in not making them know that showing up sans corsage means this.

Delivery is also a problem in that the town has street names and house numbers, but people don't use them. After several years of dealing with the local florist who the last time brought it to ALL THREE Henriettas, finally getting to our mother the day after Mother's Day, (yes, she was shown to be an unloved mother and a failure) and when we refused to pay, accused us of being very ungrateful in language we were not allowed to use when growing up (although we did hear it from Dad in the barnyard), we started using an out of town florist last year.

Again it made it to the three Henriettas. We even had it listed as Mrs. Leroy Dykstra, and it still made it to the three Henriettas.
Janna is in charge this year. Beth got the abusive phone call two years ago and is still traumatized. (She did end up paying for the too late corsage, only so that Mom wouldn't get a phone call herself.)
Posted by Lynn Dykstra at Wednesday, May 07, 2008 5 comments: 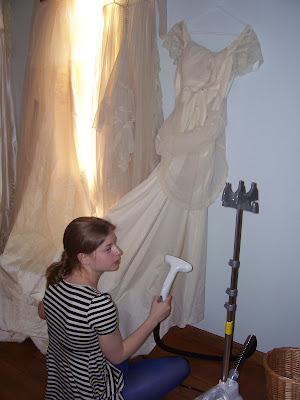 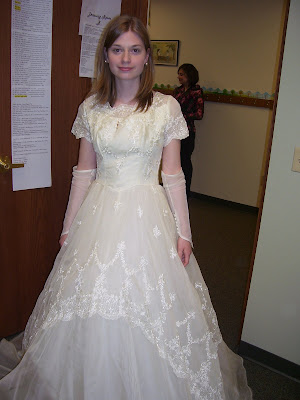 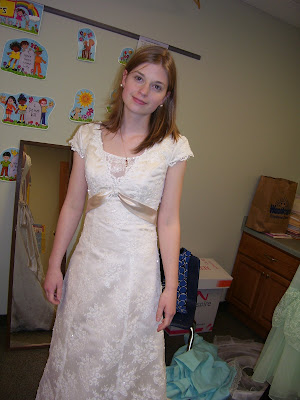 Eve and I were up to Wisconsin this weekend to help my sister Janna who organized a bridal dress review for her church’s 150th anniversary. There were 56 dresses. Should any of you have the hubris to attempt this, make sure you have the women prepare their dresses themselves—we were up way too late steaming and pressing and fretting about mislaying veils and gloves and the occasional loose button. They were from the 1880s to one worn for a wedding last weekend.
The dresses took on an eerie look after a while. My brother-in-law said the deteriorating dresses had “that old bride smell—kind of sour.”
Some of the dresses were worn by their original brides, giving a Miss Havisham effect. Some dresses were so small 12 year olds had to wear them. And they were little 12 year olds!
It was fun to see Janna’s dress again, and our bridesmaids gowns after almost 30 years. My mother made them and they are beautiful. 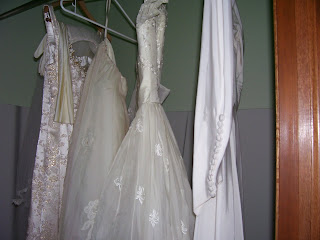 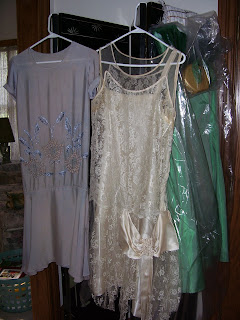 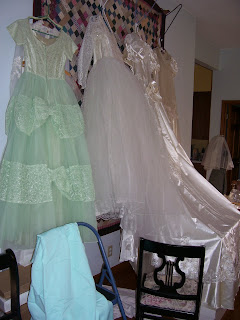 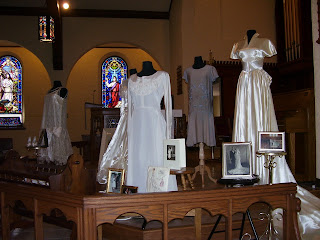 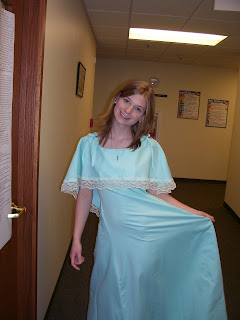